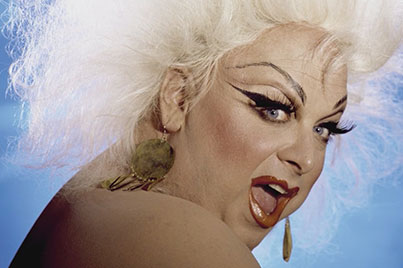 Mon-key, Mon-key. Yes, it has finally arrived, and has the best reviews of any of this year’s blockbusters. Should the Dawn of the Planet of the Apes not have come before the Rise? They really should do something about the names. A small gripe for a good film.

Otherwise, we have a mini documentary film festival with three gems landing on our doorstep. If it’s a wet weekend, you could go to all three! The wonderful Divine could be the true highlight of the week.

Dawn of the Planet of the Apes – In the wake of a disaster that changed the world, the growing and genetically evolving apes find themselves at a critical point with the human race.

Supermensch: The Legend of Shep Gordon – A documentary on legendary Hollywood insider Shep Gordon, who fell into artist management by chance after moving to LA straight out of college.

I Am Divine – How Divine, aka Harris Glenn Milstead, became John Waters’ cinematic muse and an international drag icon.

Finding Vivian Maier – A documentary on the late Vivian Maier, a nanny whose previously unknown cache of 100,000 photographs earned her a posthumous reputation as one the most accomplished street photographers.

Grand Central – Gary, an unskilled young man, lands a job as a decontamination sub-contractor at a nuclear power plant in the lower valley of the Rhone. Inducted into the workforce by supervisor Gilles and… See full summary »