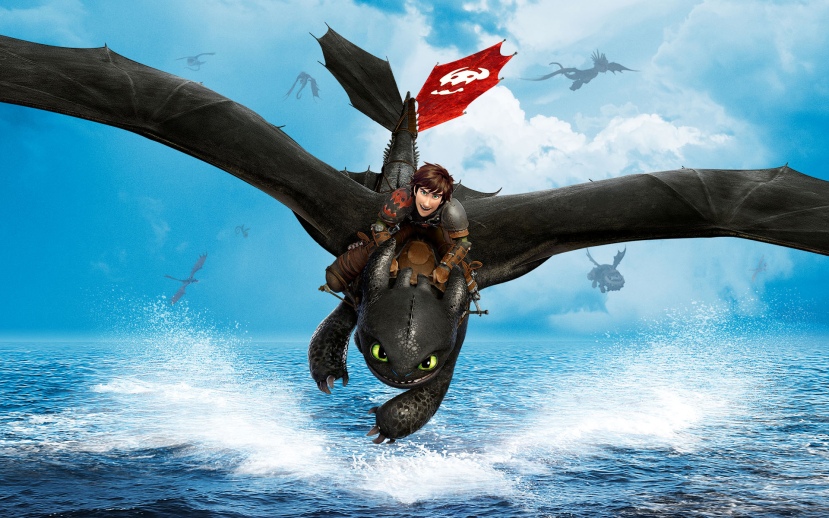 If you don’t see one movie this week, make sure it’s Mrs. Brown’s Boys. Really, seriously and truly, there’s talk that this abomination could become the highest grossing Irish movie of all time. This could be what Ireland is remembered for on an international stage. Only you can make a difference, by ignoring, dismissing and generally pretending it doesn’t exist. We’re all in this together people.

There’s actually a lot of other good movies out there. Honest!

How to Train your Dragon 2 – When Hiccup and Toothless discover an ice cave that is home to hundreds of new wild dragons and the mysterious Dragon Rider, the two friends find themselves at the center of a battle to protect the peace.

Under the Rainbow – Laura is still waiting for Prince Charming at the age of 24. So when Sandro appears at a party, exactly like her Prince would in her dreams, she thinks she’s found the right one. But then again, when she meets Maxime, Laura starts to wonder if some Princes could be more charming than others? Of course Sandro has problems of his own : his father, Pierre, just bumped into Madam Irma at his father’s funeral and this reminded him of the date of his own death which Madame Irma had predicted ages ago. Now Pierre is unable to make any plans, not with his new partner Eleonore, nor with Sandro. And Maxime has his own problems, and so does Eleonore, Marianne, Jacqueline and many others. But don’t worry, in the end, they’ll all live happily ever after.

The Golden Dream – A road movie about teenage Guatemalan immigrants and their journey to the U.S.

Cold in July – When a protective father meets a murderous ex-con, both need to deviate from the path they are on as they soon find themselves entangled in a downwards spiral of lies and violence while having to confront their own inner psyche.

Walking on Sunshine – Set to the music of popular hit songs from the 1980s. A beautiful coastal village, present day Italy. After a whirlwind romance, Maddie is preparing to marry gorgeous Italian Raf, and has invited her sister Taylor to the wedding. Unbeknownst to Maddie, however, Raf is Taylor’s ex-holiday flame, and the love of her life.

Mrs. Brown’s Boys D’Movie – A company tries to shut down Mrs Brown’s fruit and veg stall. They can feck off.