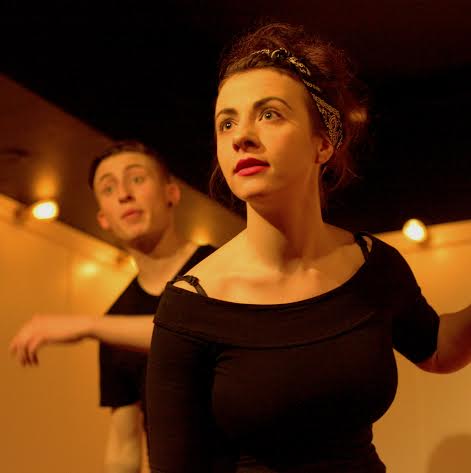 Leper + Chip continues at Theatre Upstairs until May 3rd.

Leper is so called as he burnt his leg in a fire, and Chip because of a chipped front tooth in her childhood. As Chip says, nicknames only stick if you really hate them! This is a twisted love story between the two main characters played by Conall Keating (Leper) and Amilia Clarke Stewart (Chip). They live close to each other but have never met until a local house party where things get out of hand and it ends in a mass brawl. Chip and Leper are on opposite sides of the argument, but when they next meet, their initial aggression changes to a surprising romance!

The stage in Theatre Upstairs is surrounded by white panels from floor to ceiling and little else, leaving the two actors prominent. There are an array of light bulbs at the top and bottom of the panels that flare up to match the explosive moments of the story line, of which there are many.

The tale is similar in style to Mark O’Rowe’s high-octane and wild Dublin of Terminus or Howie the Rookie. O’Rowe gives his blessing in the programme notes, and writer Lee Coffey does stamp is authority on proceedings. It is Lee’s professional debut as a writer and this work marks him out as a name for the future. He has worked as a stand up comedian in the past, and there is much of that comedic skill evident in this piece. It is a Dublin filled with criminals, alcoholics and psychopaths, that is quite knowingly over the top but the madness is tongue-in-cheek, and played with much local wit. The delivery from the two main actors is relentless, and the story moves at a feverish pace.

The frequent use of bad language and the general madness of the piece will make it suited to a younger more irreverent audience, but if you’re feeling up to an hour of insanity, it’s well worth the risk. As an impressive new piece of writing that contains strong performances from the two young actors, this is one to watch.

A new play by Lee Coffey

Leper + Chip continues at Theatre Upstairs until May 3rd. 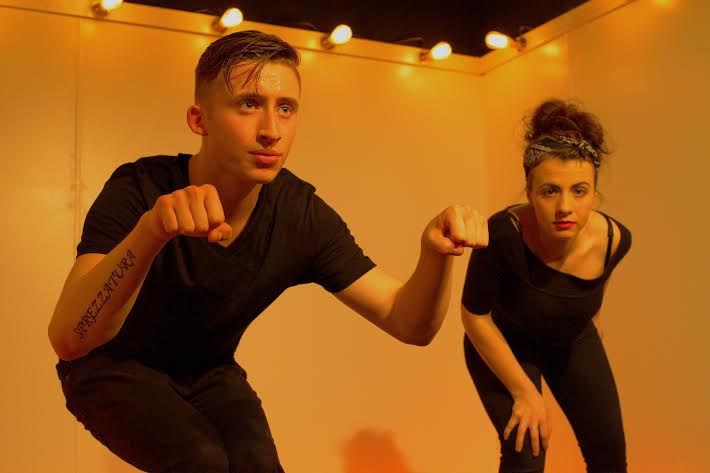