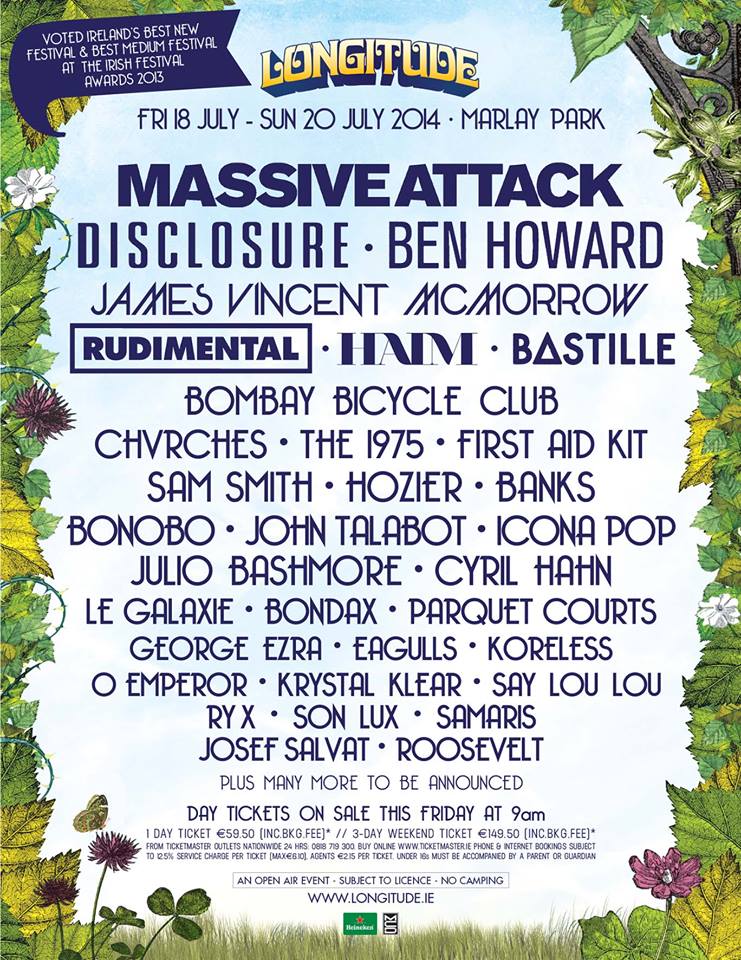 Yes, the official line up for this year’s Longitude has been announced. They’ve filled out the festival pretty well, although it does seem to be a different vibe from what we had last time around. Gone are the indie guitar bands and in come the dance/ electronic acts.

It’s always nice to see Massive Attack on our shores, and also it’s interesting to see how high up the line up James Vincent McMoorrow appears. The smaller acts aren’t grabbing me as much as last year, but maybe that’s just me.

Sunday seems to be the day for me! See the full line up below…

Day tickets are on sale this Friday at 9am from Ticketmaster Ireland priced €59.50 incl. booking fee