Mark Kermode – The Good, The Bad and The Multiplex: What’s Wrong with Modern Movies – Book Review

Mark Kermode is a grumpy man. He is made more grumpy by the state of our cinemas- how they show movies, what they are showing, how they sell their tickets. Remember when you went to the cinema and there was an actual projectionist? When you could buy your ticket from a person designated to only sell you at ticket and not via the food counter where the queues snake out the door? Or even worse trying to buy a ticket through the automated phone lines that are created to drive you insane. Mark Kermode is waging war against all the above.

He is also going to town on Blockbusters. With summer just around the corner we can expect a deluge of mindless action flicks to swamp our screens. Right now its Oscar season and everyone is free to go to their local multiplex or preferably Arthouse cinema and watch a movie that meets the criteria of quality that an Oscar nomination bestows. And then comes summer, when like the TV schedule, any old crud is shown on our screens. Even the film makers think that the summer blockbusters are a load of old cobblers: case and point Michael Bay and anyone who appeared on screen in Transformers: Revenge of the Fallen. In fact I’d probably hold it responsible for Shia Le Beouf’s descent into madness. And yet, they make millions. Billions in fact. And if any old shit makes millions, why not make a decent movie like Christopher Nolan does.

Kermode has been a film critic for twenty five years plus and he is in crisis in this book for what is the very point of his existence, or anyone else’s in this professional field, when movies like Sex and the City 2 is a hit?

Kermode especially hates 3D movies and writes a whole chapter on how they inevitably will fail as they have before, due to the fact that the audience do not particularly like them. Their sole purpose is to stamp out piracy it would seem. It’s true that I have never sat in a movie and thought- “Damn if only I could watch this in 3D” and I did scratch my head when I saw that Baz Luhrmann was presenting his version Great Gatsby in 3D. But if its done right, and usually in an animated setting or Avatar, it can be spectacular. I rarely choose the 2D version.

This is a very enjoyable book for anyone who enjoys Kermode’s style and shares his passion for film. No one can deny his great body of knowledge of the history of film and his fan boy nostalgia for the great and the good of celluloid. 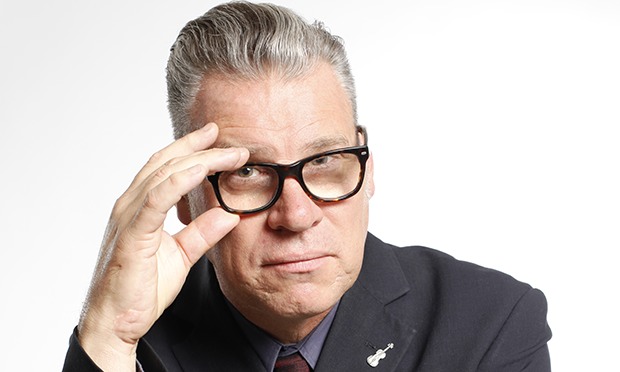