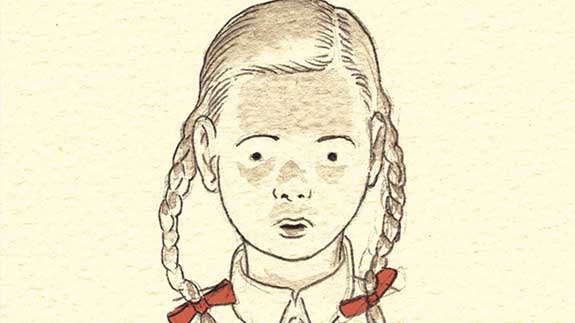 This is a graphic novel written by Mary Talbot and illustrated by her husband Bryan Talbot. Bryan is a well-known comic writer and illustrator, but this is Mary’s first release in graphic novel format. Mary Talbot is an academic and has published widely on language and gender. This book is part biography of Lucia Joyce and part auto-biography, as Mary tells the story of her upbringing and life in Preston. The story of the two women is interwoven and focuses on their upbringing and formative years, and the power their domineering fathers had over their lives.

Lucia Joyce was the daughter of James Joyce. She was born in 1907 in Trieste and spent her childhood there and in Paris. At this stage, James Joyce was a struggling writer, trying to develop a reputation. Lucia was a ‘frail blue-veined child’ according to Joyce’s own poetry but she loved to dance and was extremely talented. She studied dance with Isadora Duncan’s brother and later with Margaret Morris. On a number of occasions she was forced to follow her parents, instead of spending time doing what she loved. She was later introduced to a blue-eyed man from Dublin, one Samuel Beckett, who she falls for. Beckett was a young man and arrived to help Joyce with his work. Lucia struggles with her mental health throughout, and eventually ends up in several mental institutions.

Mary Talbot is the daughter of Joycean scholar James S. Atherton and was born in Wigan in 1954. Her story lacks the star power of Lucia’s, but is none the less a poignant tale of growing up in a house with a father who is detached and remote. She is not allowed into her father’s study, but ventures in on occasion to see him tapping on his typewriter and smoking heavily. Her father was determined that she would go to Cambridge, but life and love intervenes, and her story goes in another direction.

The book itself is a beautiful volume, the inside covers show lists in scrawled handwriting and various pressed flowers. The story has three distinct parts, with Mary’s modern day life in colour, her childhood in a speia tone brown and white, and Lucia’s tale in a variety of blues, blacks and white. It is some of Bryan Talbot’s best work as an illustrator and is rich and emotive.

While the comparisons between their two lives are not all that obvious, Mary and Lucia share a common thread of a father who was harsh and dominated over their childhood. Their lives are played out in very different localities and environments, and go in different directions, but these two coming of ages stories make fascinating and powerful reading.

Mary and Bryan’s latest work – Sally Heathcote, Suffragette will be released in May, 2014. 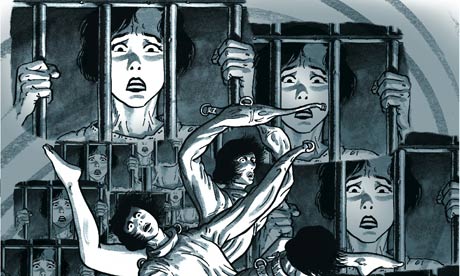