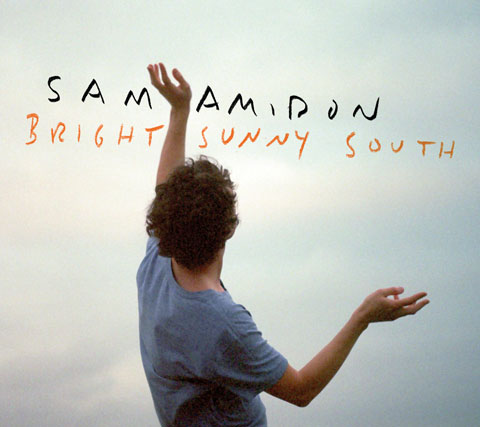 Sam Amidon has been making quiet, subtle and lovely folk music for some time now. If you include his early recordings, this is his 7th album. His first release ‘Solo Fiddle’ came out when he was only 20 years old in 2001. He only acknowledges 4 of the releases on his own web site! This album sees him as an accomplished artist with a number of very impressive recordings under his belt, and a man that understands the sound he wants to create.

From the opening track ‘Bright Sunny South’ you know where you are. Sam isn’t going through a revolution in sound or experimenting with electronics or drum machines. The songs are simple and stripped down to the barest elements, often just languid guitar and his own creaking, delicate voice.

‘My Old Friend’ is an upbeat number that breaks the pace of the first few songs.

‘My old friend this songs for you, coz a few simple verses, was the least I could do’

It’s a song to a friendship that has drifted apart due to life intervening.  This was the first single and it’s obvious enough choice. It’s a positive and joy filled song with an irresistible beat and progression. The album changes mood for the next few songs,  ‘He’s taken my feet’ starts life as a simple folk song, but an electric guitar rips over the final couple of minutes, standing in contrast to what went before. ‘As I roved out’ is a high paced banjo tune with drums that draws you in and is Sam at his best!

The few songs named above are the exceptions, as the overall feel of piece is one of quietness and space. Amidon himself describes it as ‘a lonesome record”. The arrangements are sparse, which is obviously intentional, as there are a huge amount of instruments on the album over all. Sam himself plays banjo, fiddle, acoustic guitar, and piano on the album as well as singing.

The songs are largely traditional numbers that he has re-worked and arranged, but a few songs are from a more modern era. There’s even time for a Mariah Carey cover in ‘Shake it off’ which is unrecognisable from the original (thankfully!). One Irish traditional song makes the list, as ‘The Streets of Derry’ gets reworked in his own particular style

“Or does she think it a shame or scandal, To see me die upon the gallows tree”.

The album is possibly Sam’s finest work to date, and is certainly one that will draw in any listener. It’s the type of album that will wash over you and bring many emotions to the fore. For those that aren’t familiar with his work, this is a good starting point and for those who are, it’s something to delight in!

The full album can be heard here where Sam also shows off his ability to do press ups!