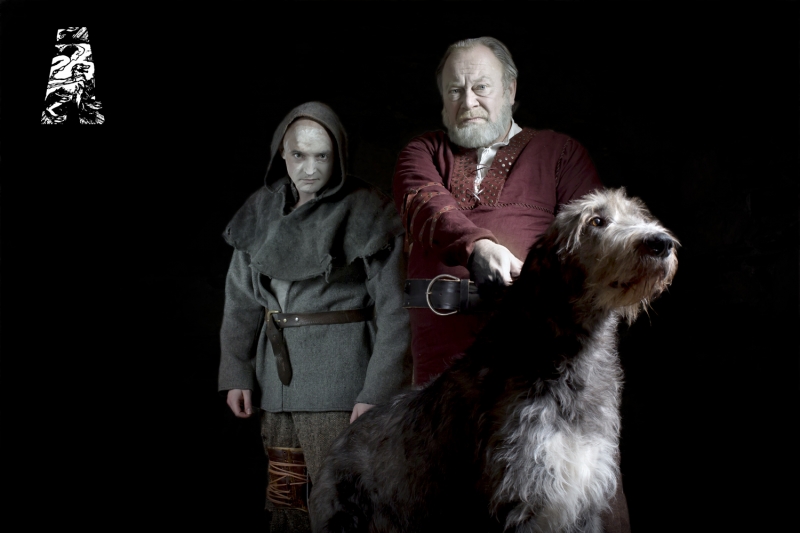 It is the first time since the 1930’s that King Lear has been on the stage of the national theatre, and to be honest, I’m not surprised. It’s a difficult play due to its size and scale and is possibly not as well-loved as Macbeth or Hamlet. Lear is one of Shakespeare’s longest plays and this version comes in at three and a half hours with a twenty minute interval. The structure of the play has two stories developing at the same time both under a similar theme of ‘filial ingratitude’ and has often been described as two plays combined into one.

Owen Roe takes centre stage in a part he was born to play. He’s looked the part for a long time now, and has played a number of similar roles over recent years. He carries off the mix of arrogance and pride with ease, and even performs a surprisingly light handed version of the kings’ descent into madness. Hugh O’Conor makes an impressive Fool, and Aaron Monaghan (last seen in Druid’s Whistle in the Dark) does extremely well with role of Edgar/ Poor Tom. Monaghan proves that he is a superb physical actor, as he bounds around the stage on all fours, and clambering around the set as the wild man Tom.

It is another large-scale production from the Abbey, hot on the heels of its production of the Dead. It has a massive cast of 21 actors (not including a couple of Irish wolfhounds) and rarely has less than 10 on stage at any one time during the opening scenes. The set is Impressive, with a walkway at a height to create a split level and projection from the front of the stage, bringing the actors in amongst the audience. There’s even a section of the set that can rise and fall, which was used well during the storm scene.

The flaws in the production are mainly due to its length, as the scenes after the interval are not as impressive as those that went before (it does drag a little towards the end). However, there’s more than enough in the acting, inventive staging and of course the language to carry you through. It is great to see Shakespeare back on the stage in the Abbey, and this production of King Lear will last long in the memory.