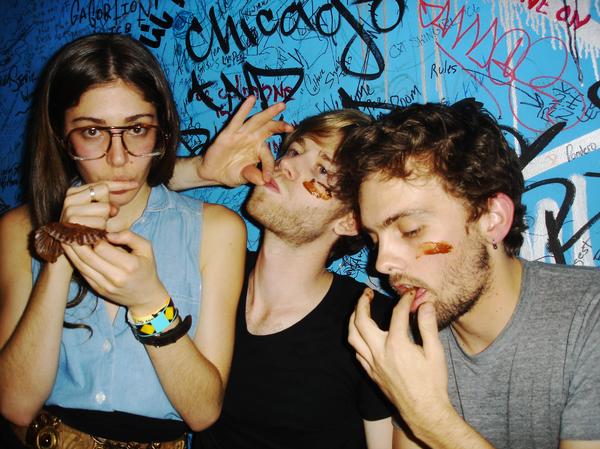 After returning in October from a two year stint in Australia waving goodbye to the rest of Ireland’s unemployed singletons. I have learned quite a few things about myself and the country I am from. I could spend possibly the next 10,000 words going into all the little details that make Irish people uniquely Irish some good and a lot quite bad. I chose on many occasions to steer clear of my own herd while abroad and get a better experience of the country I was occupying.

As a lover of all things electronic, alternative and unique within the musical world I came away from my 2 year holiday musically a new person, almost like new life passion and invigoration had been restored to my senses…pretty deep stuff I know but I literally had a second coming and it was welcomed with open arms.

The main reasons for this were….

1. The approach taken by a major radio station and broadcasting network to new music from new bands within Australia and also from overseas. I cannot perhaps name the radio station but they were the government owned one with three j’s and catered for the youth culture of Australia.

2. Melbourne (even typing the word takes me back) the locals will tell you it’s the home of sport and to a large extent it is, but it is equally the home of the music scene in Australia. I counted over 20 musical festivals for the summer of 2010 that were taking place in and around the city over a period of 10 weeks. On the gig and club front it never stops…..now maybe it was just me but I heard more about all that was happening from daily interaction with co-workers, surf buds and just people you would meet on a night out or day strolling about the city itself.

The reason I am sharing all this with you is that sadly the same cannot be said about the current scene and the way it is presented on the airwaves here in Ireland. First off I could go on and on and on about our wonderful national day time radio philosophies and policies, but to sum up they all just copy each other and keeping it safe in a typically Irish way. A much generalized statement I know but as I said I won’t go into it.

Can you name five new Irish or non Irish bands from any of the categories listed indie, folk, chill out or electronica that you have heard mentioned, played, interviewed or plugged on national radio during day time peak listening hours? Struggling….. yep me too, but I can guarantee if you decide to do the rounds through the various stations tomorrow you will hear a DJ say something along the lines of “Ok here is an oldie you will all know”. Of course I know it, I heard you play it yesterday and the day before that as well.

The Guys at No More Workhorse asked me to do a piece on the bands producers and DJs I think will be worth listening to in 2013, but I felt I had to get that burden off my chest before commencing.

Also there is nothing worse than listening to someone continually complain about how bad things are and doing nada/zilch about it. You know the people im talking about you catch up with them after a few years at a party etc and you regret asking hows work going as the response is a two hour eamonn dunphy esque rant about their boss or co-worker (will someone pass the tequila pleeaassee!!)

So with that in mind, since returning in October I’ve commenced a weekly radio show on local radio which also goes up on mixcloud. I’m into my second month of broadcasting now playing as much music as I can that I personally feel needs to get to air in order to breathe, survive, live and eventually blossom.

I’m also holding down a monthly residency on a Sunday night DJing in a really nice lounge just of Grafton Street. I play a two and a half hour set of house, nu disco and a little techno. It’s not exactly what this establishments speakers or audience would be accustomed to musically but you know what? People like change and I’ve received a lot of very positive feedback.

But that’s enough about me (there’s nothing worse than someone like that either). Let’s talk music well I’ll give you five of my personal favorite bands/ producers of the moment that are definitely worth having on your music player whatever it may be or whatever you may be doing.

Listen to when: In need of some audio therapy after a tough day at the office.

Choice Picks: Two Dots, Twilight and go from there.

Listen to when: On a long journey across picturesque landscapes

Style: Nu Disco for the masses.

Listen to when: The week’s work is over and you wanna get ready to go out.

Listen to when: It’s the middle of week and the washing/ironing is piling up.

Choice Picks: I belong in your arms, Sidewalk safari, Amanaemonesia

Style: House music for the wine drinking connoisseurs among you.

Listen to when: In a packed club at the bottom of a staircase with a low ceiling after 1am.